Natural Escort welcomes you to Munich with a warm welcome! Discerning gentlemen will find a natural and authentic High Class Escort in Munich from Natural Escort. With a Girlfriend experience, every stay in the Bavarian capital becomes a special experience. The philosophy of Natural Escort extends in addition to first class service and a maximum of discretion in the mediation of Escorts who convince with class, naturalness and authenticity. The sophisticated gentleman will find his companion here for sensual, lively and passionate hours in Munich. We try to make your wishes and dreams possible and to implement them. We focus on the needs of our customers. Enjoy outstanding times in the Bavarian metropolis and its surroundings with a stylish lady by your side who is convincing in every environment.

At Natural Escort, not only the Escorts that we arrange convince with their level and class. A committed and highly professional team stands behind the ladies. High Class Escort in München is also characterized by comprehensive advice for men. We know the Escorts well and can choose the High Class Escort in Munich from the selection of ladies who exactly fits the individual requirements and wishes of a customer. That makes booking a suitable companion through Natural Escort so easy for you.

Maximum discretion and easy booking – these are the two most important pillars at Natural Escort. We take the demands and ideas of our customers very seriously. With a High Class Escort in Munich, you will never have the feeling that your companion does not fit in with you. On the contrary, business or table partners will also get the impression that your High Class Escort in Munich fits into every social setting in a very natural way. This also speaks for an Escort from Natural Escort. In the gallery you can get to know our Escorts in Munich.

Munich Escorts at a glance 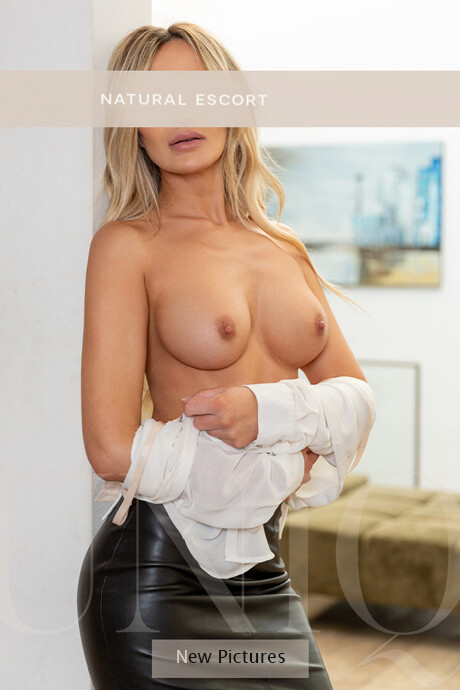 Perhaps you can let your High Class Escort in Munich guide you through the city as a local. It is highly likely that you will discover places you have never heard of before. The Girlfriend experience from Natural Escort makes a lot possible. Whether sightseeing, the Oktoberfest in autumn, culinary adventures or excursions to the Munich area, with your High Class Escort in Munich you can experience one highlight after the other.

Small and large escapes from everyday life, sightseeing in the city, a stimulating conversation over dinner with fine eroticism make Munich a very special experience even after strenuous business meetings and long active days.

Discover Munich with a charming companion

Who would want to explore an unfamiliar city on their own? Going with someone else is much more pleasant. This also applies to your stay in Munich. Many adventures await you in the third largest city in Germany, which your charming High Class Escort in Munich will be happy to share with you. Munich offers an incomparable mix of history, politics, culture, science and business. The opportunities for exciting leisure activities, cultural and culinary delights and relaxation are accordingly large. A walk along the Isar or a tour of the old town, a visit to a beer garden or one of the many interesting museums will keep you from boredom. Your High Class Escort in Munich guarantees that, and will be happy to accompany you in all of your activities. Discover Munich – with charming and authentic sensual company by your side.

Munich is not a city like any other. This also applies to the Free State of Bavaria, which can also hardly be compared with other Federal States. In Bavaria, as in Munich, the clocks tick a little differently. In terms of climate, there are interesting contrasts due to comparatively cold winters and comparatively hot, sunny summers. From Munich there are paths into the mountains. The city can also be called the gateway to the south. All of this contributes to a way of life that moves between southern hospitality and Bavarian peculiarities. As a local guide, your High Class Escort in Munich will open the doors for you to the secrets of the Bavarian capital. Get to know Munich with all its facets. Although Munich is also the seat of many future-oriented companies, the city cannot deny a certain cosy way of life. Munich could therefore be described as a sensual city. It can really be enjoyed with all your senses, as can your charming companion.

Munich is also so attractive because this city has so many facets. Historic buildings and architectural wonders can be viewed here, as well as the milestones of modernity such as the Hypo skyscraper. Whether in the English garden or in the courtyard garden, parks and zoos are also worth a visit in Munich. Many of the museums stand out, such as the Deutsche Museum. Last but not least, Munich is also a city of art, film and theatre. The cultural scene is lively and vibrant. Last but not least, many culinary delicacies await visitors to Munich. You therefore have countless opportunities to discover new things with your High Class Escort in Munich or to deepen the old ones. With sophisticated and appealing female accompaniment, your activities will be even more fun. Often a cultural event or a culinary treat is the prelude to the following erotic hours for two. There are many options open to you here

Escort accompaniment to the Oktoberfest

The Munich Oktoberfest is the largest folk festival in the world and is therefore unique. Affectionately referred to as the Wiesn by the people of Munich, in reference to the Theresienwiese location, this Bavarian exuberance attracts millions of visitors every year. So if you are staying in Munich during the Oktoberfest, what could be better than a visit to the Theresienwiese with your High Class Escort in Munich. You can be sure that your Escort will be with you in a proper and authentic Bavarian dirndl.

Have fun in the numerous beer tents with excellent Bavarian beer or enjoy the excitement of the various rides in the Wiesn. Culinary highlights whet your appetite for more. Popular Bavaria is also at home at the Oktoberfest. As a guest in the Bavarian city, you can immerse yourself in the Bavarian folk scene and customs.

Your High Class Escort in Munich will be happy to accompany you to the Oktoberfest and will convince you with real authenticity. The Oktoberfest can been seen from its best side when you are out and about in such delightfully beautiful company. Forget everyday life for the next few hours and give in to the joy of the hustle and bustle. This is what this folk festival is known for.

Everything about your stay in Munich

Munich is worth a trip not least because it is an opportunity to get to know top gastronomy, Munich’s nightlife, cultural and historical highlights as well as a High Class Escort in Munich with high standards and class. Now we are going to introduce you to some of the culinary highlights of the Bavarian capital. We also have some recommendations for you with regard to your accommodation in Munich. You will want for nothing with these recommendations in Munich.

You can also adapt things to your personal preferences and interests. Munich is popular because the quality of life in this city is high and in some areas it is more relaxed than in other German cities. You will feel this casual Munich nonchalance even during a short stay in the city. Living in Munich is easy. With a High Class Escort, Munich becomes even more special and exciting.

It is not always easy to make culinary recommendations. The tastes here are literally different. Nevertheless, we tried to pick out a few delicacies for you from the selection of Munich restaurants. Different demands and tastes are catered for. Some of our suggestions have a real IN factor. In Munich, it is also often about seeing and being seen. Enjoy the cuisine of your choice with your High Class Escort in Munich.

Two Michelin stars adorn the Tantris. It is therefore not for nothing that many connoisseurs consider it Munich’s best gourmet restaurant. The ambience, which was designed by architects, makes a visit to Tantris into an exquisite noble experience. The international dishes do the rest. The tantris is associated with a famous name. Eckart Witzigmann has made a significant contribution to developing the reputation of the noble restaurant. This restaurant is a good example of the top gastronomy that is located in Munich. For connoisseurs and discerning gentlemen, the Tantris can therefore be the starting point for a very special evening with a High Class Escort in Munich.

Anyone who loves meat cannot overlook this exquisite restaurant. In addition to exquisite whiskeys and cocktails, steak dishes in particular characterize the stylish English atmosphere of the restaurant. Located in the heart of Munich, this restaurant is also particularly suitable for the beginning of an enjoyable evening with your High Class Escort in Munich that is enjoyed with all your senses.

Baroque ambience is combined here with Mediterranean and Bavarian-Austrian cuisine. Cosiness and chic are a good combination that can tune your senses for more.

This recommendation is for a modern restaurant with international cuisine, which is not least characterized by creativity. Those who appreciate a less playful yet stylish ambience should enjoy their stay very much.

The four best sights to see

Given the abundance of options, it is also very difficult to recommend the four most interesting sights in Munich. However, we have tried anyway and made a selection. Let yourself be inspired and stimulated. Your local High Class Escort in Munich will also have one or the other recommendation ready.

Whoever loves shopping, will not be able to ignore Munich’s Maximilianstrasse. Unlike in many other major German cities, shopping in Munich is also possible with high demands and class. Who knows, maybe you will take some time for an extended shopping tour with your charming High Class Escort in Munich

This museum district in Maxvorstadt is characterized by the Pinakothek der Moderne and the Brandhorst Museum. A must for art lovers and those interested in culture history.

Here you can stroll and look into the royal past of Munich. The palace and the surrounding area have an aesthetic appeal and are well worth a trip. All the more so as you can enjoy this beautiful castle with your High Class Escort in Munich by your side.

The Frauenkirche in Munich, the symbol of the Bavarian capital, should definitely be at the top of your list of sights. You cannot claim to have been to Munich without a visit there.

The elegant 5 star hotel is located in a very green area near the Königsplatz. It offers a stylish setting for your stay in the Bavarian capital and discreet, enjoyable hours with a High Class Escort in Munich.

This hotel in the heart of Munich also lures with its 5 stars and individually designed rooms and suites. Tradition and modernity are combined here to create a discreet, sophisticated atmosphere which awaits you for your wonderful hours with your High Class Escort in Munich.

A Wilhelmine building very close to the main train station provides the dignified base for this luxury hotel in Munich. It pampers its guests with a luxurious ambience, fine dining and a sophisticated spa area. So maybe just the right place to be pampered by your High Class Escort in Munich.

This is an unmistakable lifestyle hotel that inspires its guests with ultra-modern aesthetics and sets new standards in the luxury hotel industry in Munich. A stay here can be combined particularly well with a visit to the Oktoberfest as the hotel can be reached in a 15 minute walk from the Oktoberfest. 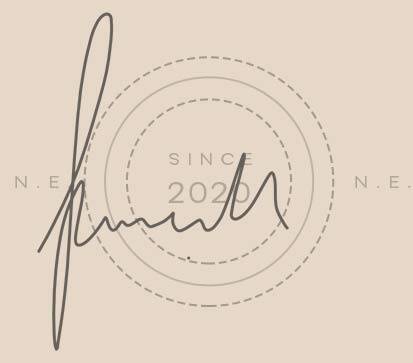